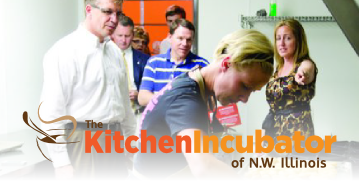 “Years in the roofing industry inspired me to launch my new company, but support from Sterling made it a reality. ”
Craig Froeter
Froet Industries LLC

The Port of Milwaukee began as a Great Lakes port in 1835, originally of interest to fur traders as it afforded penetration to the interior by canoe. Today, the Port has been intensively developed with dock facilities, and expanded by dredging and channel improvements, and have become the focal point of a substantial commercial and industrial harbor development, handling millions of tons of commerce annually. (Source: http://city.milwaukee.gov/History1852.htm)

The Port of St. Louis (http://www.stlrcga.org/x4742.xml) , as defined by the U.S. Army Corp of Engineers, extends 70 miles along both banks of the Mississippi River from the southern boundary of Jefferson County, Missouri at Mississippi River Mile 138.8 (above the Ohio River) to the northern boundary of Madison County, Illinois at River Mile 208.8.